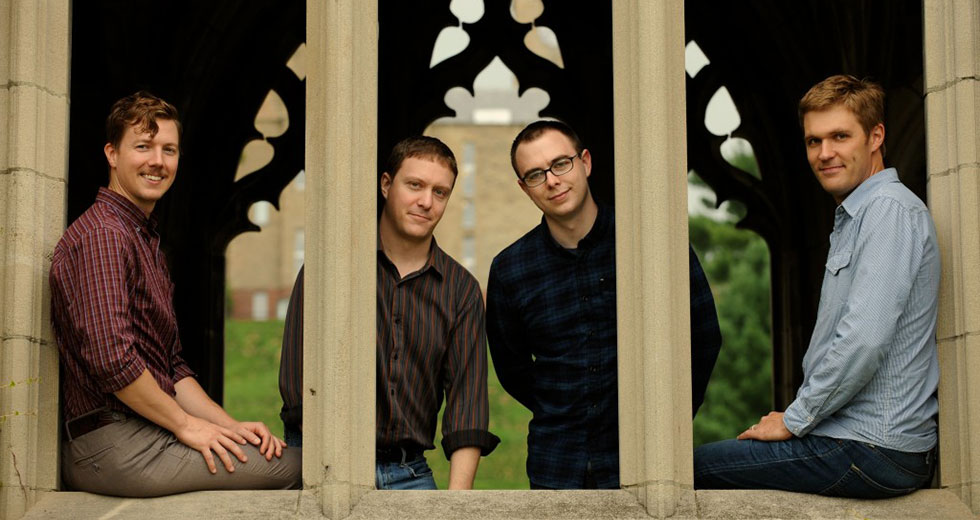 “Bua evokes the good times that Irish traditional music so often celebrates ,” playing in a manner “largely forgotten in today’s overly polished Irish music world .” With “a precision and intensity that is rarely heard on this side of the Atlantic,” their sound stands out among modern bands in the genre by “keeping the music down the path of tradition” while still being able to “raise the rafters with their playing, charm with their singing, and delight with their contemporary energy.” Based in Chicago, Illinois—a long-celebrated center of Irish traditional music—Bua “has established itself individually and as a group in the eyes and ears of the traditional community,” and their 2011 release, Down the Green Fields, finds Bua exploring the forgotten sounds from the heyday of Irish music in the City of Big Shoulders with a blend of enchantingly stark song arrangements and bold, pulsing dance tunes. Lauded by The Bluegrass Situation as being the top Irish album of the past five years, Down the Green Fields stands as “a testament, from beginning to end, of the lasting essentials of the Irish tradition”.