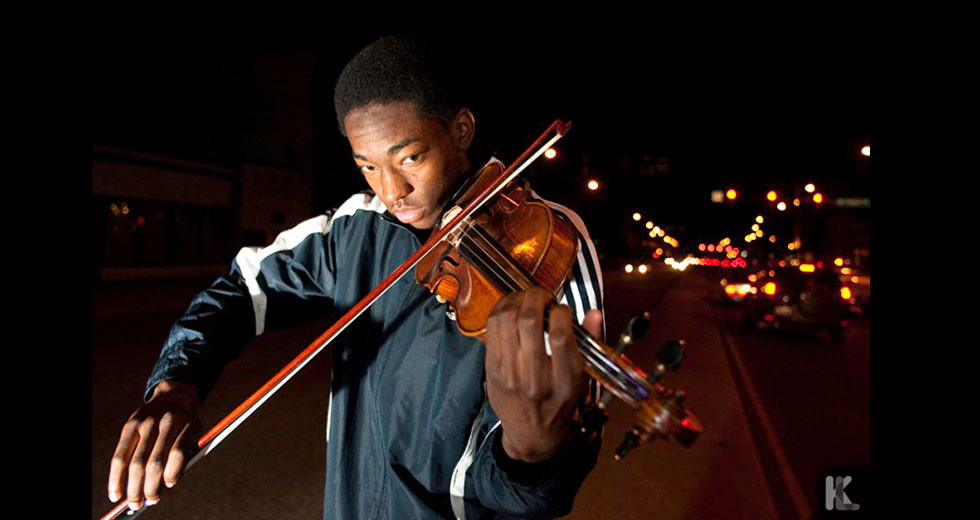 Read about Eric’s two school visits as part of his IYE experience. »

Eric Stanley performed on April 18, 2019 at the In Your Ear Recording Studio. The sold out crowd was excited since Eric Stanley’s performance with fellow violinist Daniel D, DJ Calculation Of, keyboardist Brett McKinley Cypress and bass player Anthony Cavanaugh would truly be an out-of-the-box experience from the typical JAMinc show. No other band had ever included a DJ – a historic moment.

An interesting aspect of the band that night was that the quintet had only been playing together for several hours – put together by Eric and Daniel specifically for this performance. It’s a mark of their combined level of musicianship that nobody would have known had Eric not mentioned it during their performance. 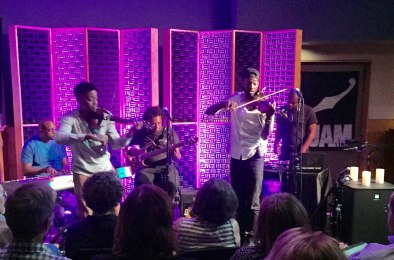 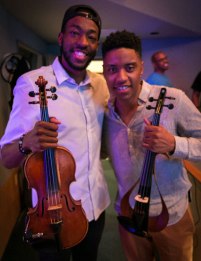 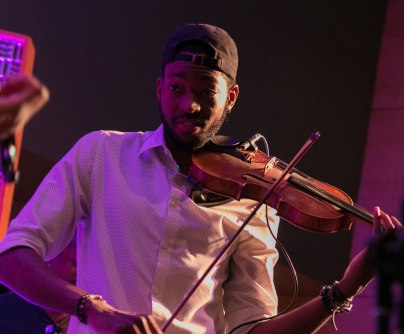 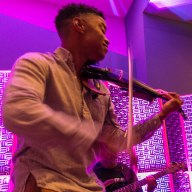 The crowd’s anticipation was richly rewarded. Every song was punctuated by applause and whoops of approval. Comments from the audience ranged from “That was totally different” to “I’ve never heard violins played like that…I was amazed at what they did.” 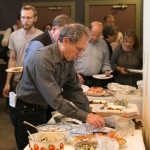 Eric and the band combined classical lines with hip-hop beats and even the random nursery rhyme hook thrown in keeping it unique and fresh. Several times Eric encouraged the audience to “Stay inspired” which, without a doubt, all truly were.

The evening began as every JAMinc show does with an array of interesting food brought in for the potluck buffet. There was even an unofficial “meatball challenge” that ended up a draw as each serving bowl was equally empty by the end of the evening.

Twenty eight year-old Chesapeake native Eric Stanley began playing violin at age 12 with encouragement from his musical family and his teachers. His mother played the piano while he, his sister and brother would sing along. Taking up the violin as an elective in middle school soon developed into Eric’s passion. He joined the Richmond Symphony Youth Orchestra while in high school. 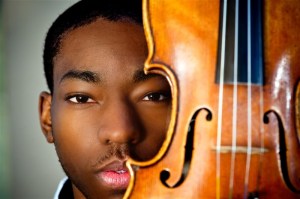 In 2015 the “Eric Stanley EP” was released worldwide, featuring four original compositions. His style embodies – without being derivative – the “brilliance and fire” phrasing of Jean-Luc Ponty. This musical prodigy continues to elevate his passion, and has performed for former President Bill Clinton as well as at the International Emmy Awards, the Richmond Jazz Festival, and even at a Cleveland Browns football game.

Eric remains active in his church and often performs with gospel choirs while he tours along the East Coast.

Dovetailing with JAMinc’s mission to bring music to young people, Eric has performed before students in over 200 schools and has raised money to help purchase instruments for deserving students. One of his favorite quotes is, “Trying to be better than someone else is a pure waste of time. Strive to better than you were yesterday.”

Eric often collaborates with fellow violinist Daniel D who will join him for our JAMinc show. In the summer of 2005, Daniel was awarded a scholarship to study at the Juilliard School of Music and in 2007 he won the Apollo Award in New York City.

Want to learn more about Eric? Listen to this WCVE Virginia Currents Episode »

← Bruce Molsky and students connect with the violin
Blue Note Records: Beyond the Notes at RIFF on April 28, 2019 → 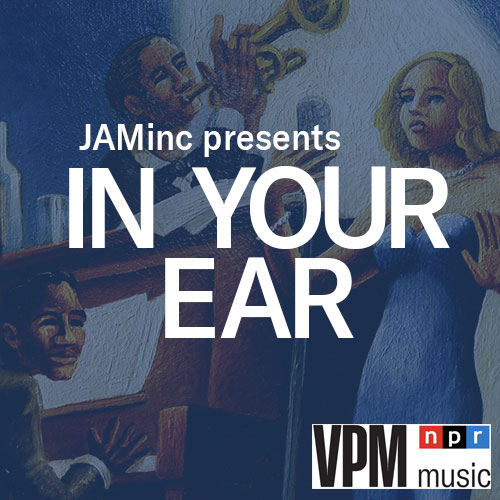